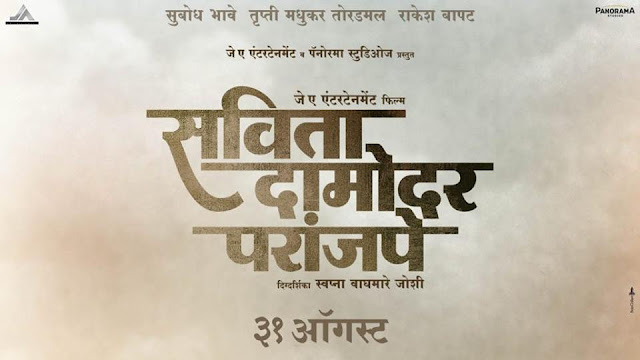 The movie is based on highly successful Marathi play with the same name "Savita Damodar Paranjpe". In 1980's play was huge craze among the theater goers. It was directed by Shekhar Tamhane, starring Rajan Tamhane and Reema Lagoo in the lead roles. With fantastic acting, direction, and an excellent script the play was a real heart-stopper. To re-create the same impact this play is now being adapted into a film. Presented by J. A. Enteratainment & Panorama Studios, this film is produced by John Abraham & directed by Swapna Waghmare.

The film will star Subodh Bhave, Trupti Toradmal, and Raqesh Bapat in the pivotal roles. story of the film is written by Shirish Latkar. Nilesh Mohrir and Amit Raj have scored the music.