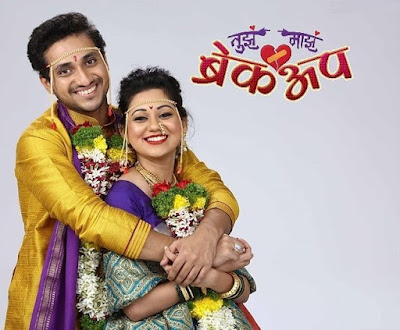 
Synopsis : Tuza Maza Breakup is a Marathi television series starring Sainkeet Kamat and Ketaki Chitale in the lead. The story revolves around the couple Sameer and Meera, coming from diverse backgrounds, who face conflicts within a year of their marriage. Growing differences between the two drag them till separation, but due to some reason, they again come closer and plan to remarry. Find out whether they fight again or stay together happily