on May 19, 2018
"Redu (रेडू)" movie starring Shashank Shende, Chhaya Kadam, Mrunmayi Supal, Gauri Konge and Vinamra Bhabal is a story of middle age man who fall in love with radio. The film is directed by debutant "Sagar Vanjari" and produced by Navalkishor Sarda and Vidhi Kasliwal under the banner Landmarc Films, Naval Films Production and Blink Motion Pictures Pvt Ltd. 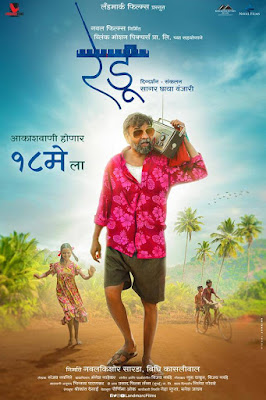 Set in the backdrop of the mid-1970, Redu is the story of a short-tempered, middle-aged man named Tatu from a small village in Konkan, who is fascinated and curious to see a portable transistor for the first time in his life. The simple gadget fills his otherwise very boring and mundane life with excitement and soon Tatu becomes very attached to his cherished possession. All goes well until suddenly Tatu loses his transistor, disheartened and dejected, he embarks on a quest to find it back.