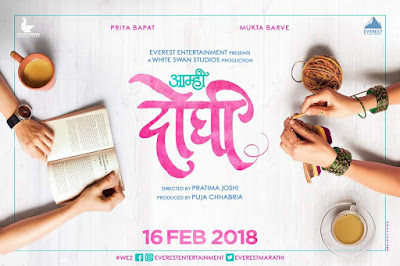 The movie stars versatile and talented actresses "Priya Bapat" and "Mukta Barve", they are coming together once again after a long gap of 8 years.

The screenplay and dialogues for the movie is written by 'Bhagyashree Jadhav' the film is produced by Puja Chhabria under the banner White Swan Studios and presented by "Everest Entertainment".